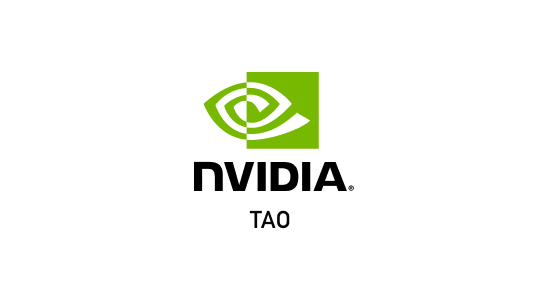 Detect faces from an image.

The model described in this card detects one or more faces in the given image / video. Compared to the FaceirNet model, this model gives better results on RGB images and smaller faces.

The model is based on NVIDIA DetectNet_v2 detector with ResNet18 as a feature extractor. This architecture, also known as GridBox object detection, uses bounding-box regression on a uniform grid on the input image. Gridbox system divides an input image into a grid which predicts four normalized bounding-box parameters (xc, yc, w, h) and confidence value per output class.

The raw normalized bounding-box and confidence detections needs to be post-processed by a clustering algorithm such as DBSCAN or NMS to produce final bounding-box coordinates and category labels.

This model was trained using the DetectNet_v2 entrypoint in TAO. The training algorithm optimizes the network to minimize the localization and confidence loss for the objects. The training is carried out in two phases. In the first phase, the network is trained with regularization to facilitate pruning. Following the first phase, we prune the network removing channels whose kernel norms are below the pruning threshold. In the second phase the pruned network is retrained. Regularization is not included during the second phase.

FaceNet v2.0 model was trained on a proprietary dataset with more than 1.8M faces. The training dataset consists of images taken from cameras mounted at varied heights and angles, cameras of varied field-of view (FOV) and occlusions.

The training dataset is created by labeling ground-truth bounding-boxes and categories by human labellers. Following guidelines were used while labelling the training data for NVIDIA FaceNet model.

The inference performance of FaceNet v1.0 model was measured against 8018 proprietary images across a variety of environments, occlusion conditions, camera heights and camera angles.

The true positives, false positives, false negatives are calculated using intersection-over-union (IOU) criterion greater than 0.5. The KPI for the evaluation data are reported in the table below. Model is evaluated based on mean Average Precision.

The inference is run on the provided pruned model at INT8 precision. The inference performance is run using trtexec on Jetson Nano, AGX Xavier, Xavier NX and NVIDIA T4 GPU. The Jetson devices are running at Max-N configuration for maximum GPU frequency. The performance shown here is the inference only performance. The end-to-end performance with streaming video data might slightly vary depending on other bottlenecks in the hardware and software.

How to use this model

This model needs to be used with NVIDIA Hardware and Software. For Hardware, the model can run on any NVIDIA GPU including NVIDIA Jetson devices. This model can only be used with Train Adapt Optimize (TAO) Toolkit, DeepStream 6.0 or TensorRT.

There are two flavors of the model:

The unpruned model is intended for training using TAO Toolkit and the user's own dataset. This can provide high fidelity models that are adapted to the use case. The Jupyter notebook available as a part of TAO container can be used to re-train. The pruned model is intended for efficient deployment on the edge using DeepStream or TensorRT. The unpruned and pruned models are encrypted and will only operate with the following key:

Please make sure to use this as the key for all TAO commands that require a model load key.

Category labels (faces) and bounding-box coordinates for each detected face in the input image.

Instructions to use model with TAO

Instructions to deploy this model with DeepStream

To create the entire end-to-end video analytic application, deploy this model with DeepStream.

NVIDIA FaceNet model does not give good results on detecting small faces (generally, if the face occupies less than 10% of the image area, the face is small)

When faces are occluded or truncated such that less than 20% of the face is visible, they may not be detected by the FaceNet model.

The FaceNet models were not trained on fish-eye lense cameras or moving cameras. Therefore, the models may not perform well for warped images and images that have motion-induced or other blur.

License to use this model is covered by the Model EULA. By downloading the unpruned or pruned version of the model, you accept the terms and conditions of these licenses.

NVIDIA FaceNet model detects faces. However, no additional information such as race, gender, and skin type about the faces is inferred.

NVIDIA’s platforms and application frameworks enable developers to build a wide array of AI applications. Consider potential algorithmic bias when choosing or creating the models being deployed. Work with the model’s developer to ensure that it meets the requirements for the relevant industry and use case; that the necessary instruction and documentation are provided to understand error rates, confidence intervals, and results; and that the model is being used under the conditions and in the manner intended.