EfficientNets are developed based on AutoML and Compound Scaling. In particular, a mobile-size baseline network called EfficientNet-B0 is developed from AutoML MNAS Mobile framework, the building block is mobile inverted bottleneck MBConv with squeeze-and-excitation optimization. Then, through a compound scaling method, this baseline is scaled up to obtain EfficientNet-B1 to B7. 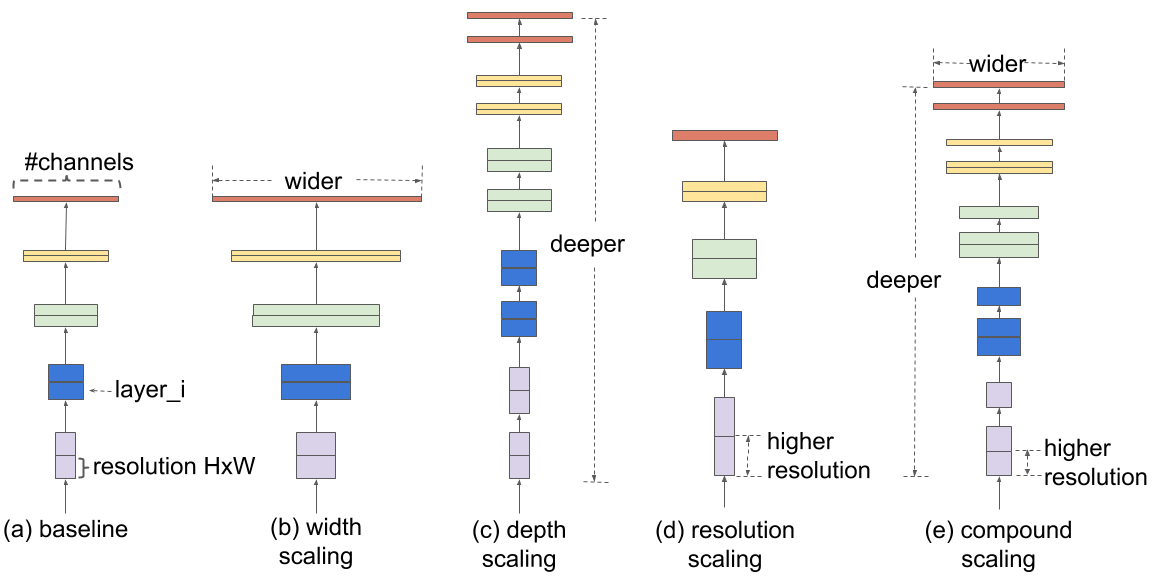